New Items at the Library 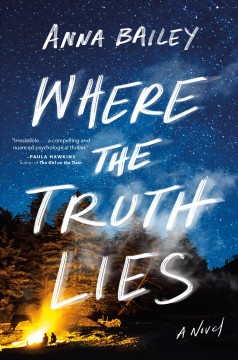 Where the Truth Lies : A Novel
Bailey, Anna.
For fans of Gillian Flynn and 'The Girls', 'Where the Truth Lies' is a dazzling literary crime debut about the disappearance of a teenage girl in a claustrophobic, remote and fractured Colorado town. A Dewey Diva Pick.

Golden girl : a novel
Hilderbrand, Elin
Entering the afterlife due to a hit and run accident, a successful author learns she can observe the earthly lives of her nearly grown children and is also permitted three "nudges" to alter the outcome of events.

The final twist
Deaver, Jeffery
"Just hours after the harrowing events of The Never Game and The Goodbye Man, Colter Shaw finds himself in San Francisco, where he has taken on the mission his father began years ago: finding a missing courier bag containing evidence that will bring down a corporate espionage firm responsible for hundreds, perhaps thousands, of deaths."-- Provided by publisher.

Golden girl : a novel
Hilderbrand, Elin
Entering the afterlife due to a hit and run accident, a successful author learns she can observe the earthly lives of her nearly grown children and is also permitted three "nudges" to alter the outcome of events. 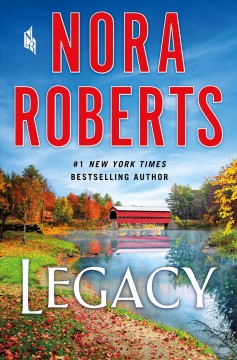 Legacy
Roberts, Nora
Adrian Rizzo was seven when she met her father for the first time. That was the day he nearly killed her--before her mother, Lina, stepped in. Soon after, Adrian was dropped off at her grandparents' house in Maryland, where she spent a long summer drinking lemonade, playing with dogs, making a new best friend--and developing the stirrings of a crush on her friend's ten-year-old brother. Lina, meanwhile, traveled the country promoting her fitness brand and turning it into a billion-dollar business. There was no point in dwelling on the past. A decade later, Adrian has created her own line of yoga and workout videos, following in Lina's footsteps but intent on maintaining creative control. And she's just as cool-headed and ambitious as her mother. They aren't close, but they're cordial--as long as neither crosses the other. But while Lina dismisses the death threats that Adrian starts getting as a routine part of her daughter's growing celebrity, Adrian can't help but find the vicious rhymes unsettling. Year after year, they keep arriving--the postmarks changing, but the menacing tone the same. They continue after she returns to Maryland and becomes reacquainted with Raylan, her childhood crush, all grown up and as gorgeously green-eyed as ever. Sometimes it even seems like the terrifying messages are indeed routine, like nothing will come of them. Until the murders start, and the escalation begins... 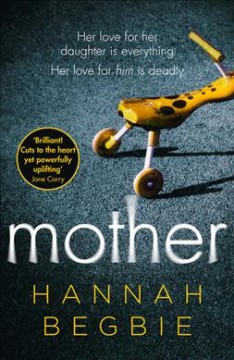 Mother
Begbie, Hannah.
"How far will she go before it's too late? Cath had twenty-one perfect days with her newborn daughter before Mia's deadly illness was diagnosed. As her life implodes, Cath's despair takes her to a parental support group where she meets a father in a similar situation, the dangerously attractive Richard - charming, handsome and promising a cure for their children which lies just over the horizon. As Cath falls headlong into their affair, she must question her many identities - woman, wife, mother, lover - and which must take precedence if her marriage - and her daughter - will survive."--Publisher information. 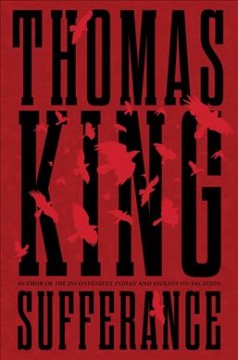 Sufferance : a novel
King, Thomas
"Jeremiah Camp, a.k.a. the Forecaster, can look into the heart of humanity and see the patterns that create opportunities and profits for the rich and powerful. Problem is, Camp has looked one too many times, has seen what he hadn't expected to see and has come away from the abyss with no hope for himself or for the future. So Jeremiah does what any intelligent, sensitive person would do. He runs away. Goes into hiding in a small town, at an old residential school on an even smaller Indian reserve, with no phone, no Internet, no television. With the windows shut, the door locked, the mailbox removed to discourage any connection with the world, he feels safe at last. Except nobody told the locals that they were to leave Jeremiah alone. And then his past comes calling. Ash Locken, head of the Locken Group, the multinational consortium that Jeremiah has fled, arrives on his doorstep with a simple proposition. She wants our hero to formulate one more forecast, and she's not about to take no for an answer. Before he left the Locken empire, Jeremiah had created a list of twelve names, every one a billionaire. The problem is, the people on the list are dying at an alarming and unnatural rate. And Ash Locken wants to know why."-- Amazon. 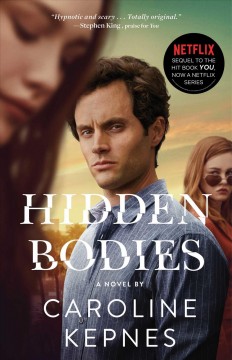 Hidden bodies : a novel
Kepnes, Caroline
"After the heartbreak of losing his girlfriend, Beck, Joe Goldberg thought he

Greetings library lovers! Unfortunately, the province has again mandated that we must close our doors to the public temporarily. We will again be offering curbside pickups during our regular hours. We also have the capacity to do limited home delivery to those who can’t, or don’t wish to, make it to the library. As always, we offer free WiFi available in our courtyard; the password is “takecare”. We have a few benches and some nice rocks near the bubbling stream for enjoying the outdoors while staying connected. Now might also be a good time to check out a maker box or borrow a tablet, if you’re interested in trying something new out during these trying weeks. We have a family foraging box, a birdwatching box, a box with STEM activities for kids (an entire book is dedicated to outside experiments!) and an astronomy box with a telescope! Among many others. We also have our newly expanded DVD selection, as well as many puzzles and games for any age! We’re happy to be able to continue to help in any way we’re able, just call, email, leave a note or message us during our regular hours: we’re here!

Tell us about your library experience!